I illustrated the year in review, or as we say it in German: Jahresrückblick. Do you recognize yourself in any of them? I wished I was all of them but I have a chance next year. Last year’s failed Jahresrückblick becomes next year’s resolution. Have a good one everybody! 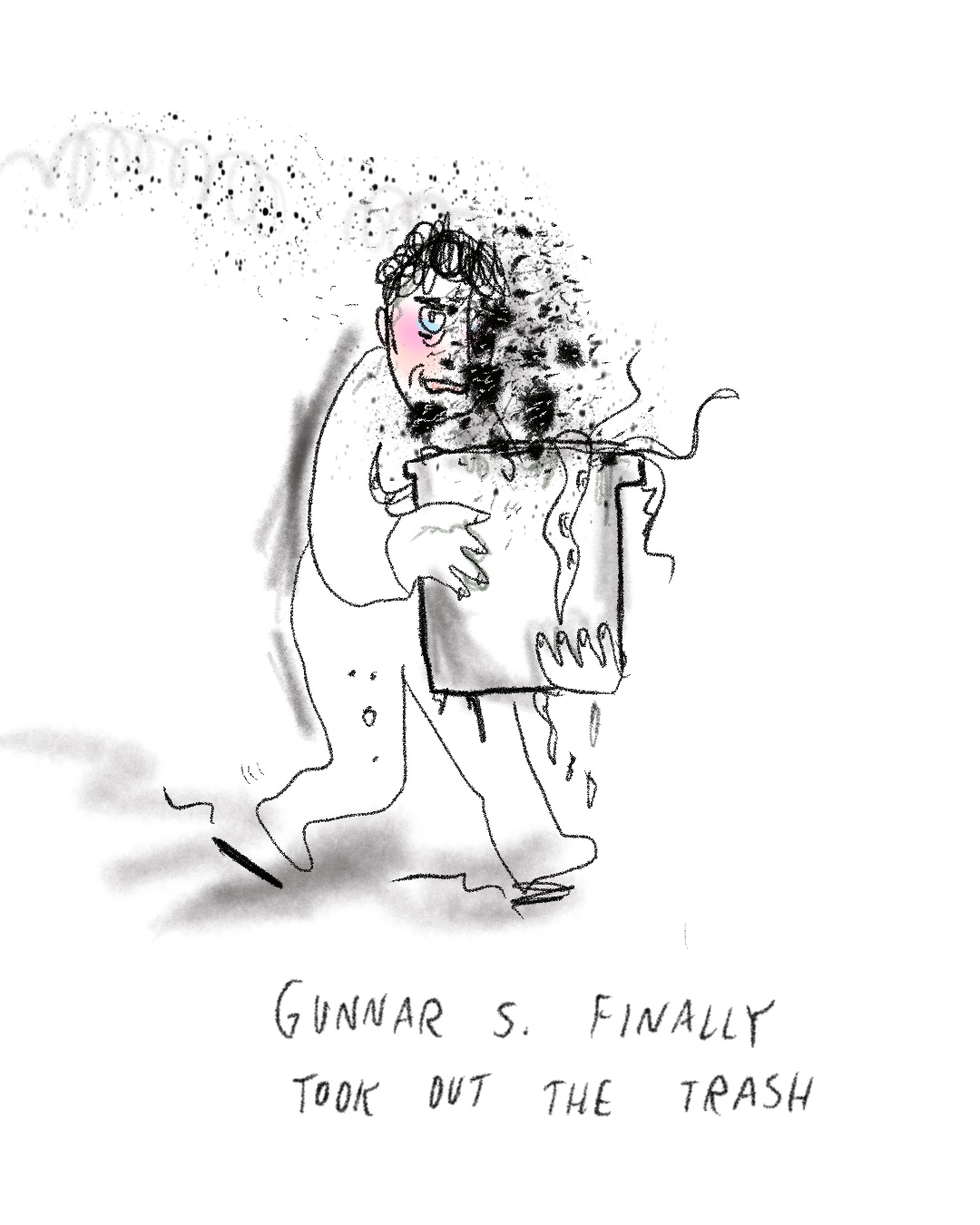 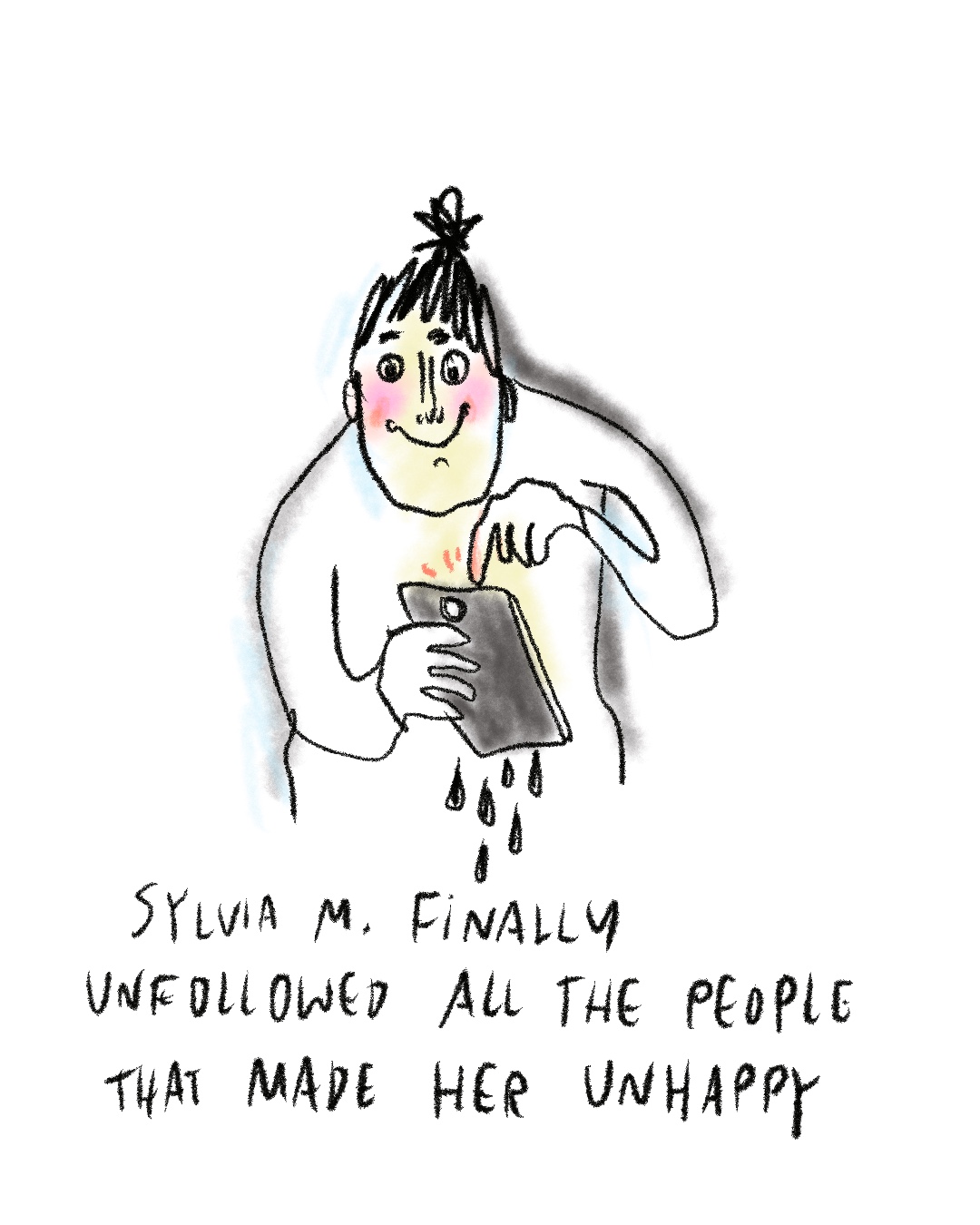 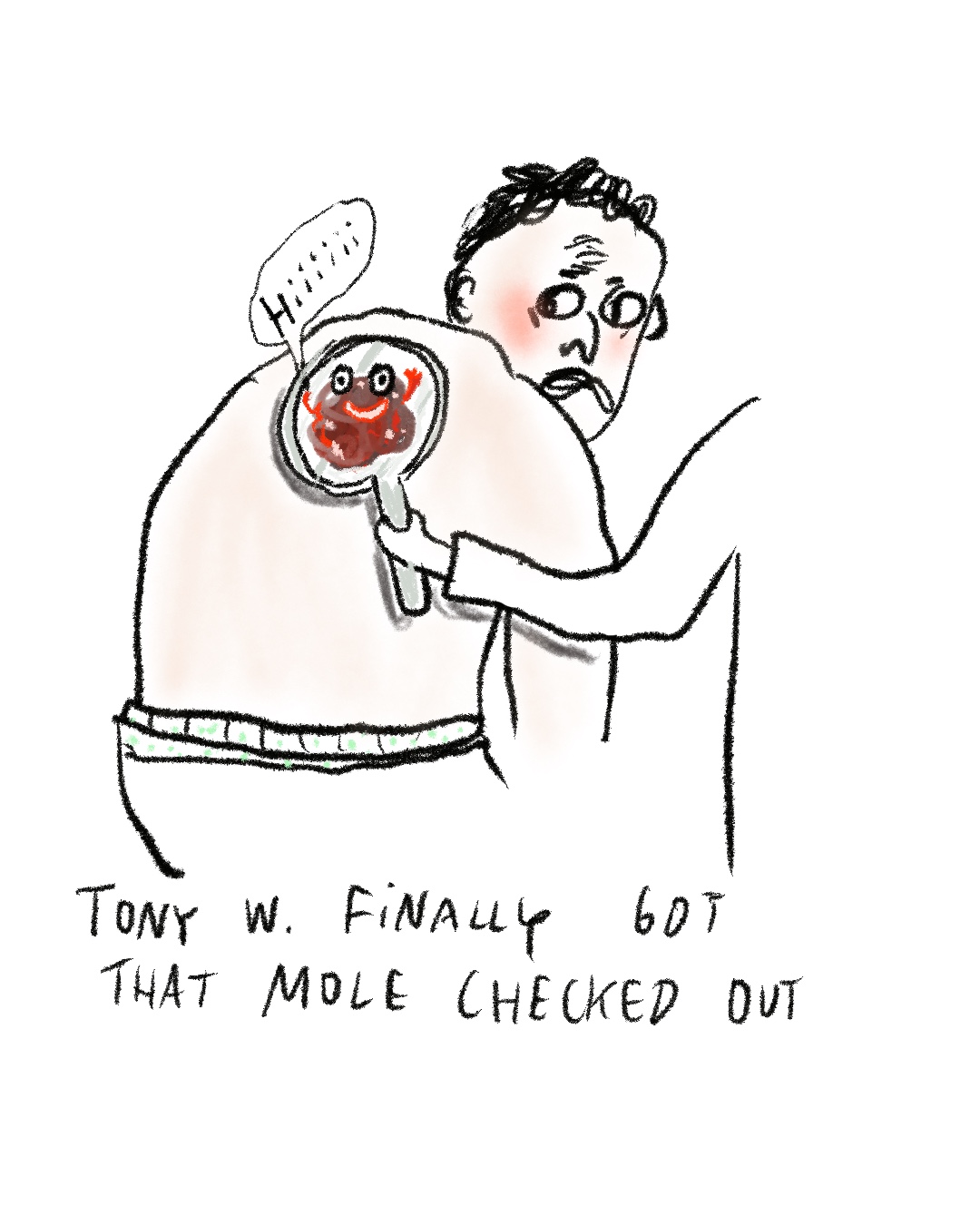 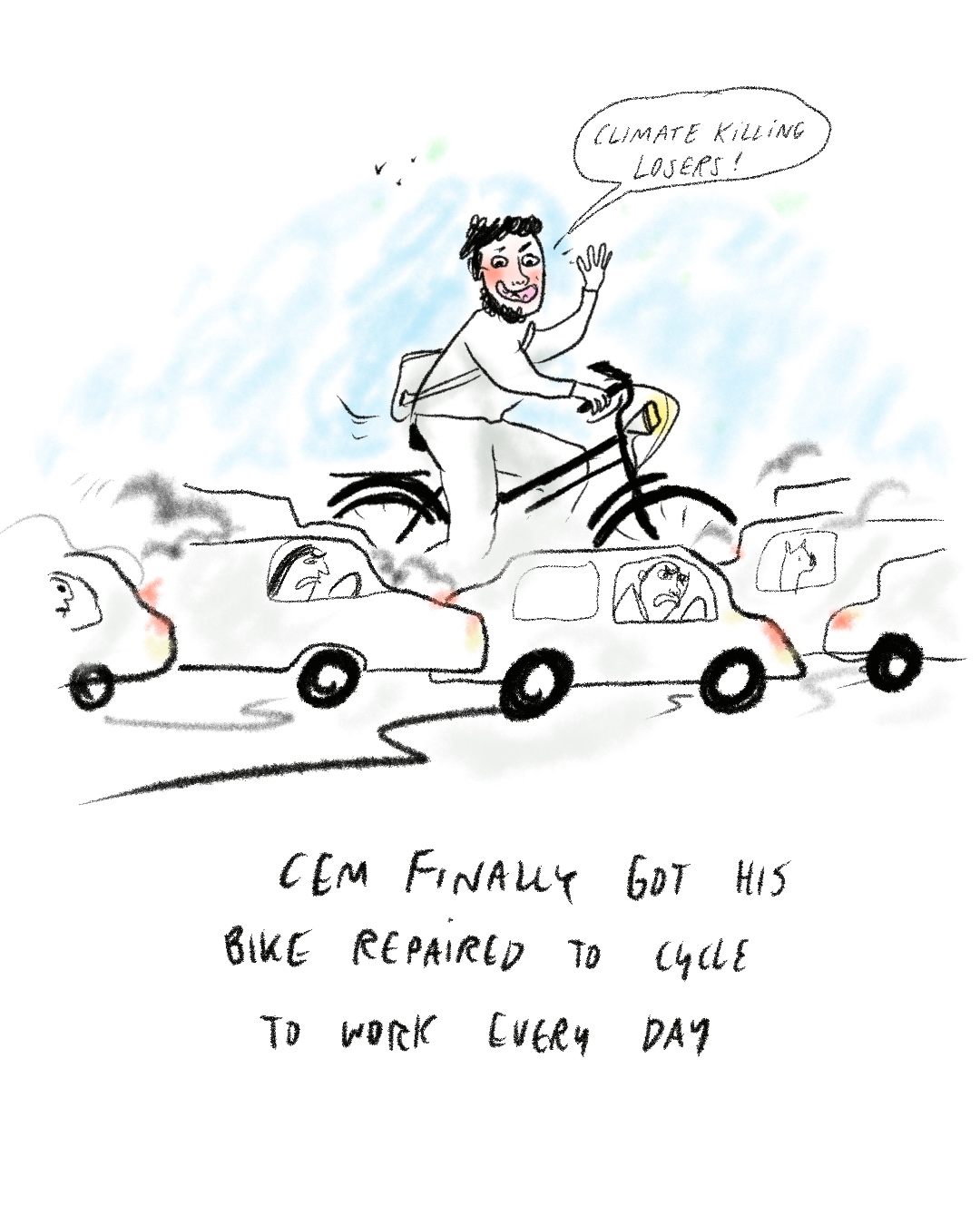 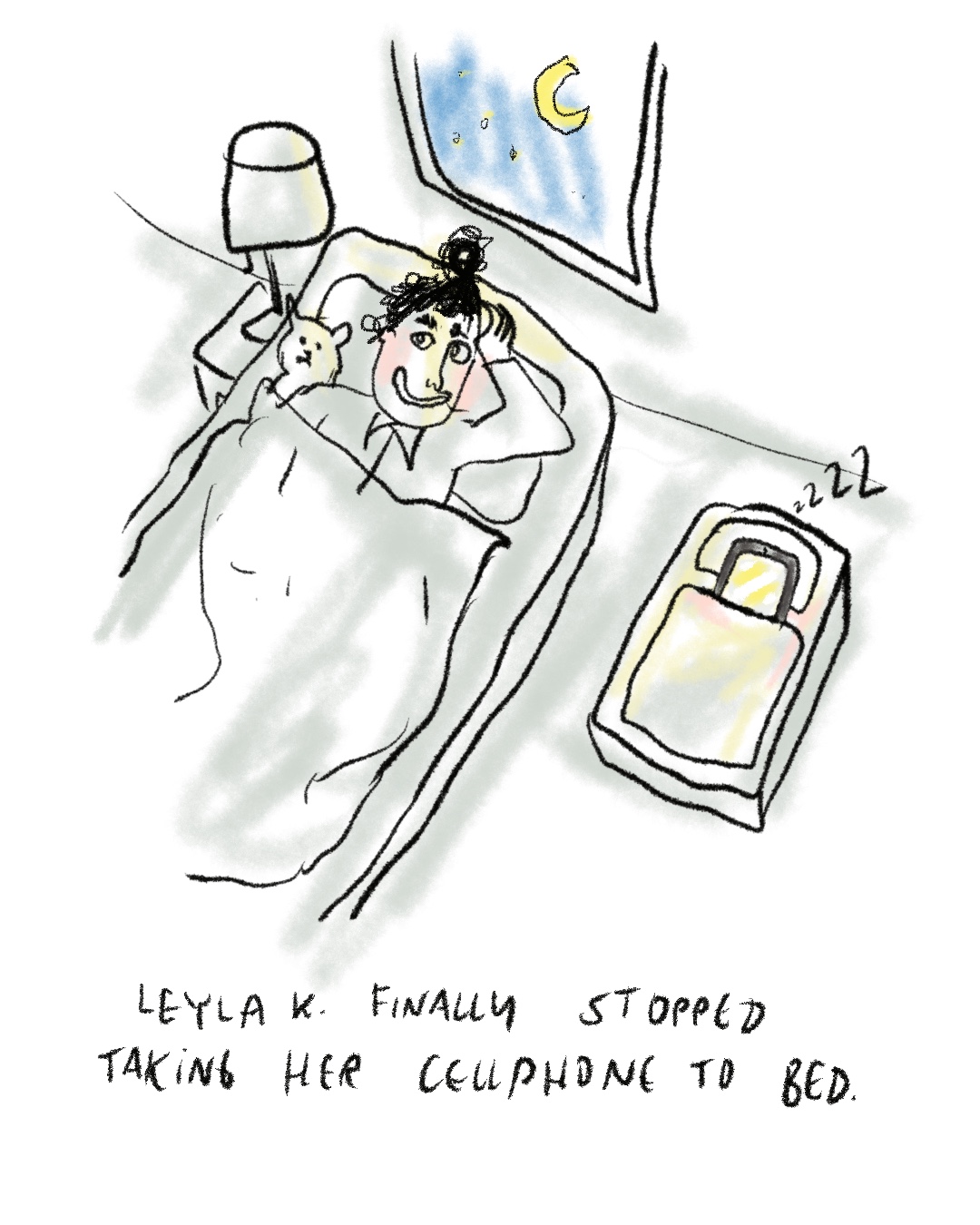 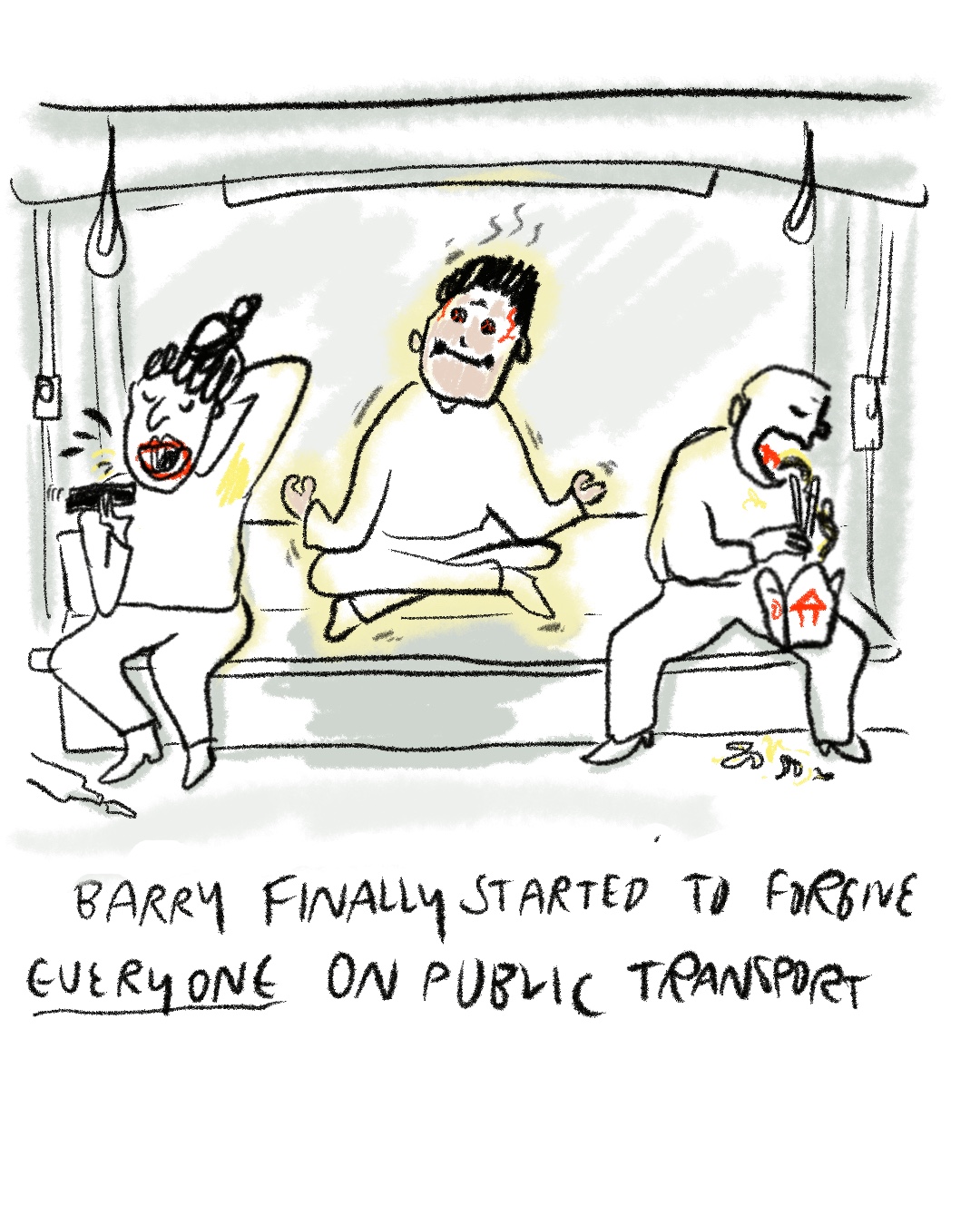 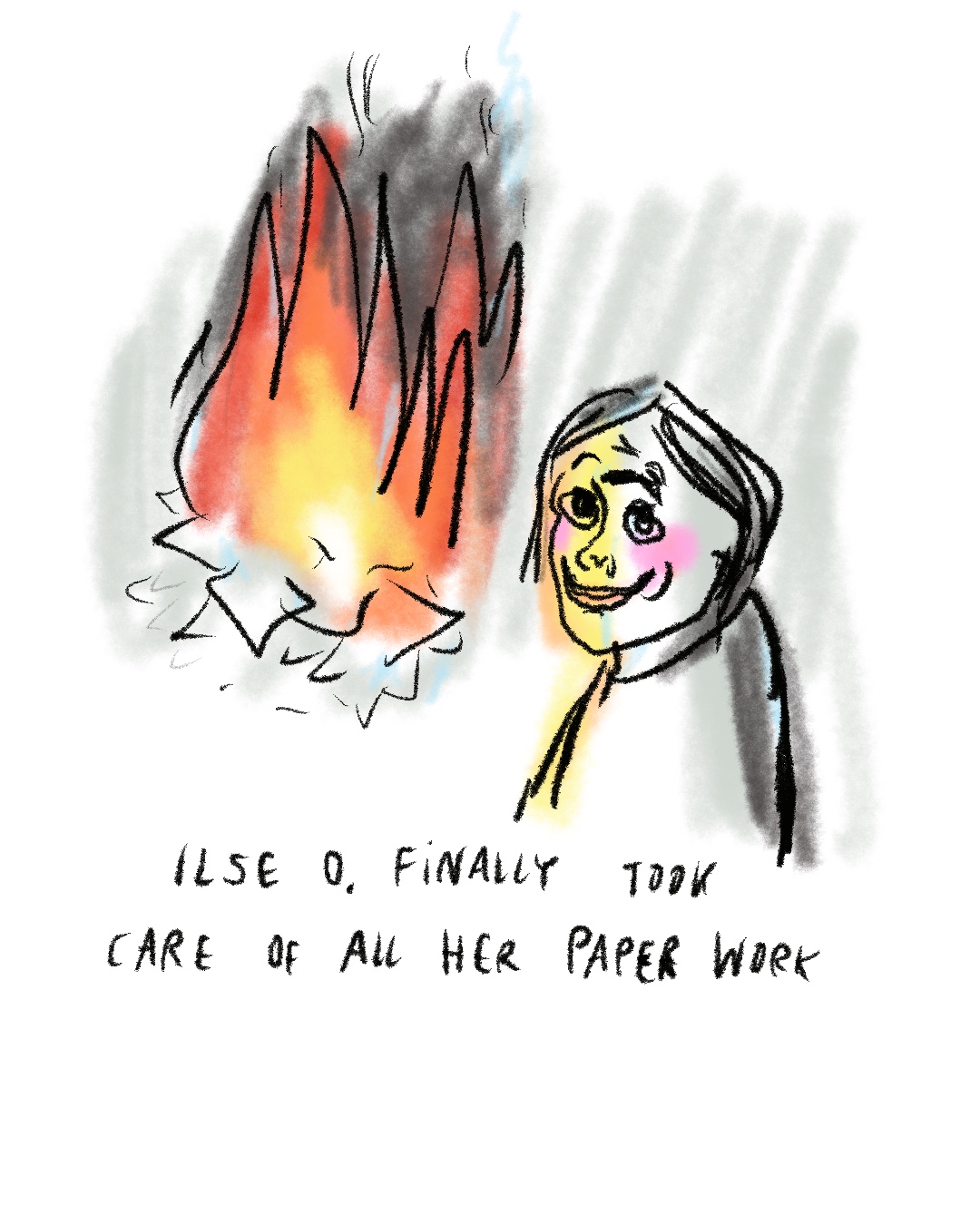 When I stayed in California, I had this ritual. Every morning, I would walk up to this coffee shop, I forgot the name. I would order their iced coffee and start my day. I would take a walk, sit down on a bench, read and draw a bit under a tree, take a nap at the botanical garden and at night perform at an open mic. And then I already awaited the next day to repeat my ritual. Those were the happiest days, and they started with cold coffee. I was bewildered how they make it taste so smooth. The bitterness of coffee kept to a minimum, leaving no trace of brown coating on my tongue. Just gulping down brown, tasty water. How did these magicians do it? Today I know. It’s cold brew! It’s tastier than drinking cooled, old, bitter coffee from the day before. Today I make cold brew myself. It’s super easy! And cheaper than running to the coffee shop every morning, though I miss that ritual. That’s why I illustrated this autobiographical recipe for you from the first time I ever made it: 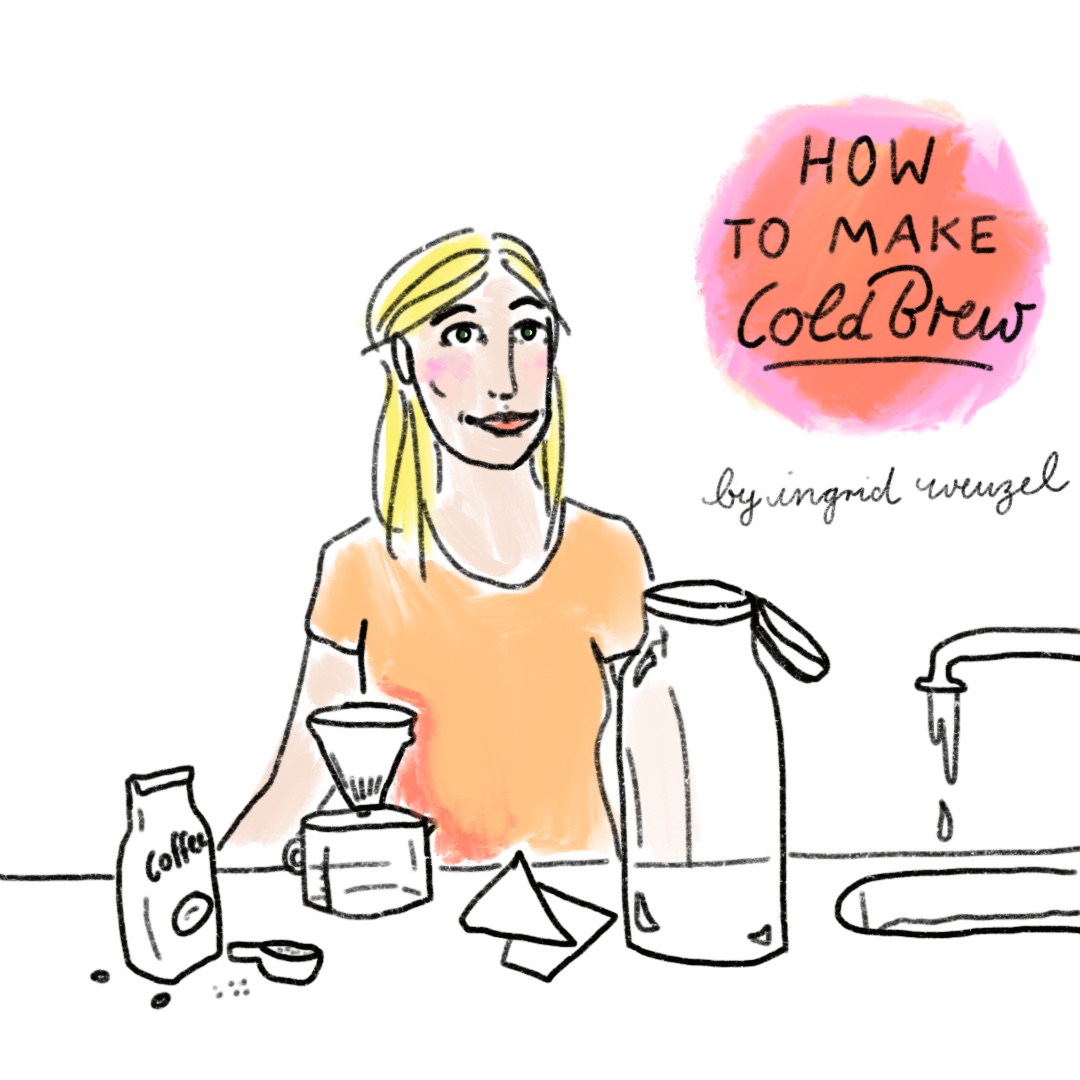 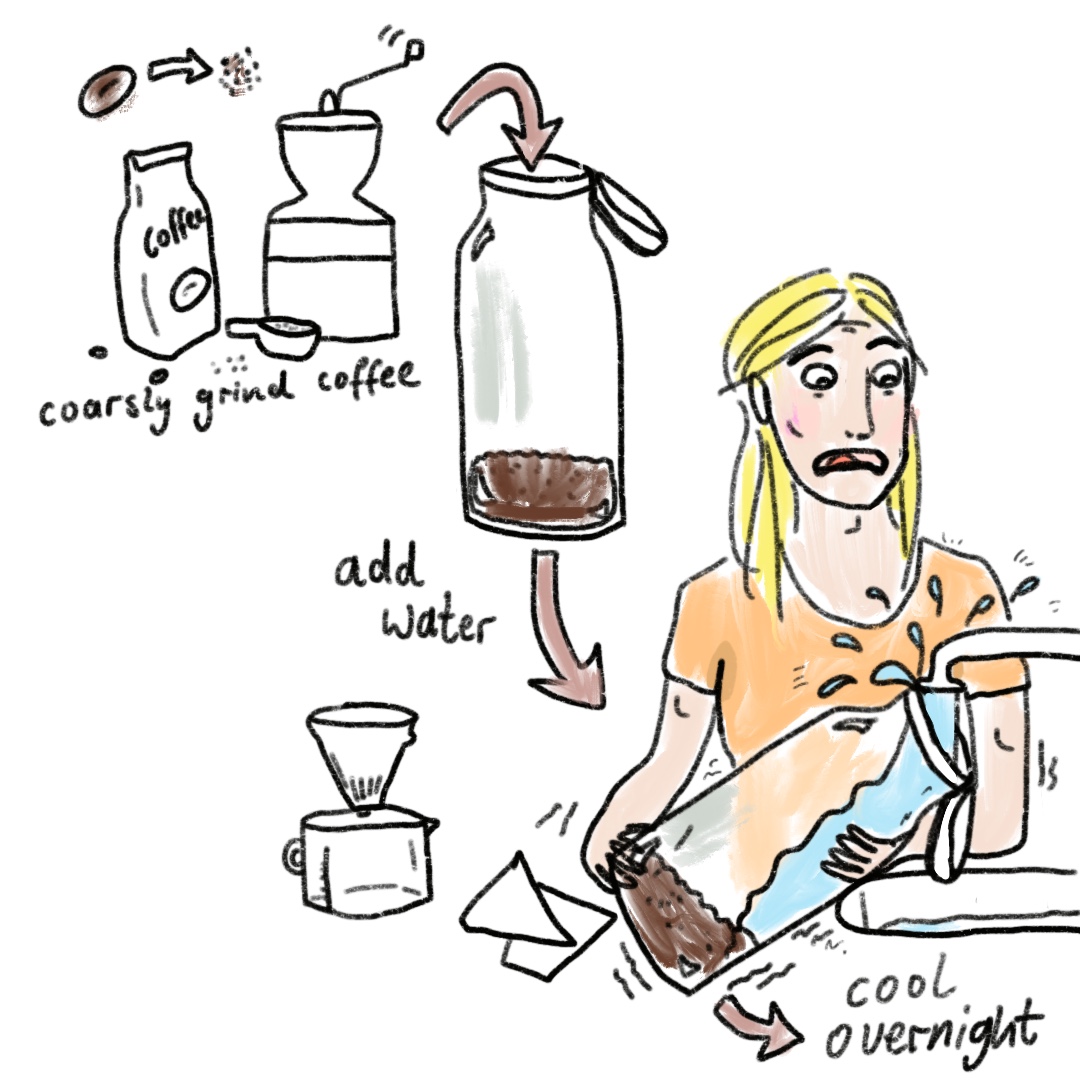 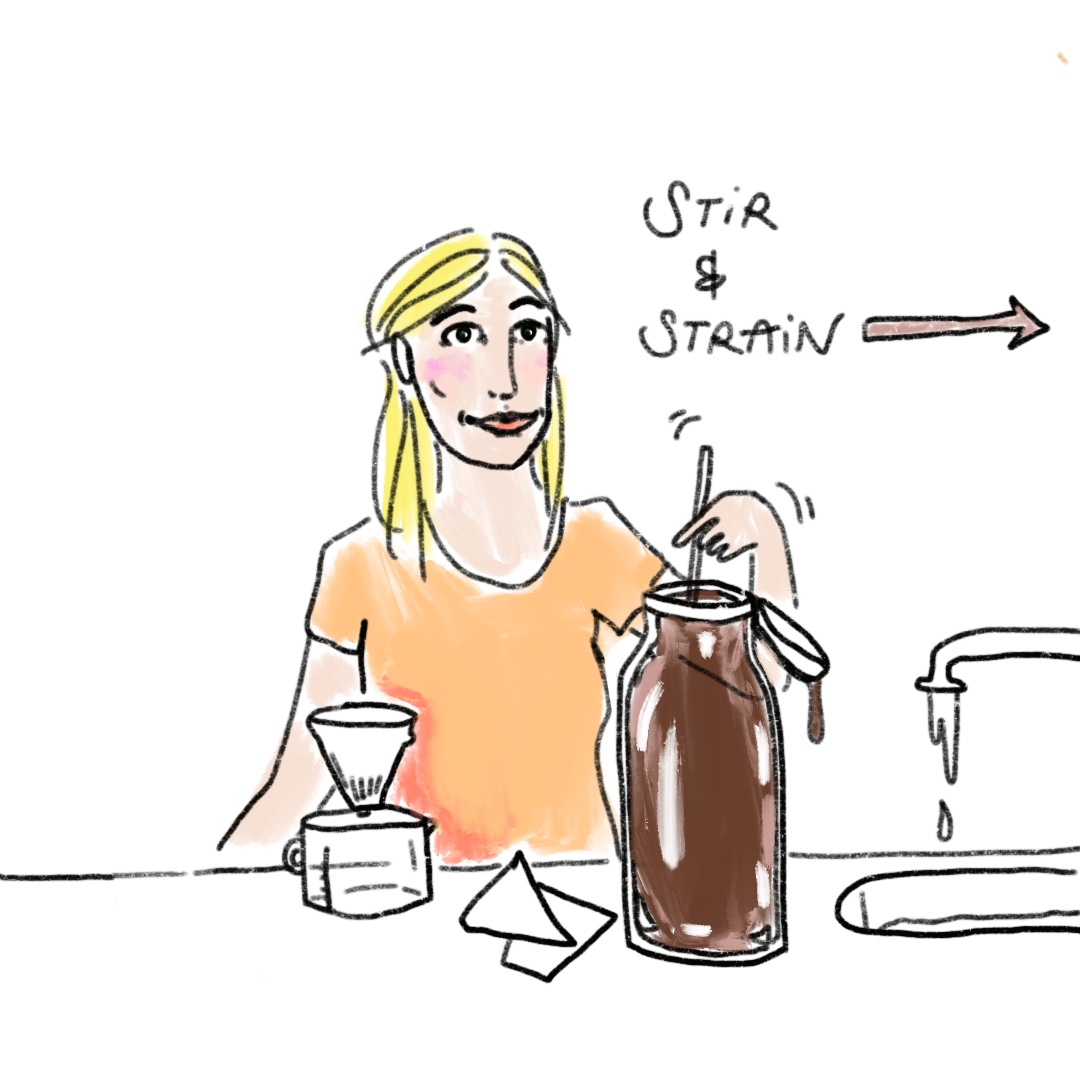 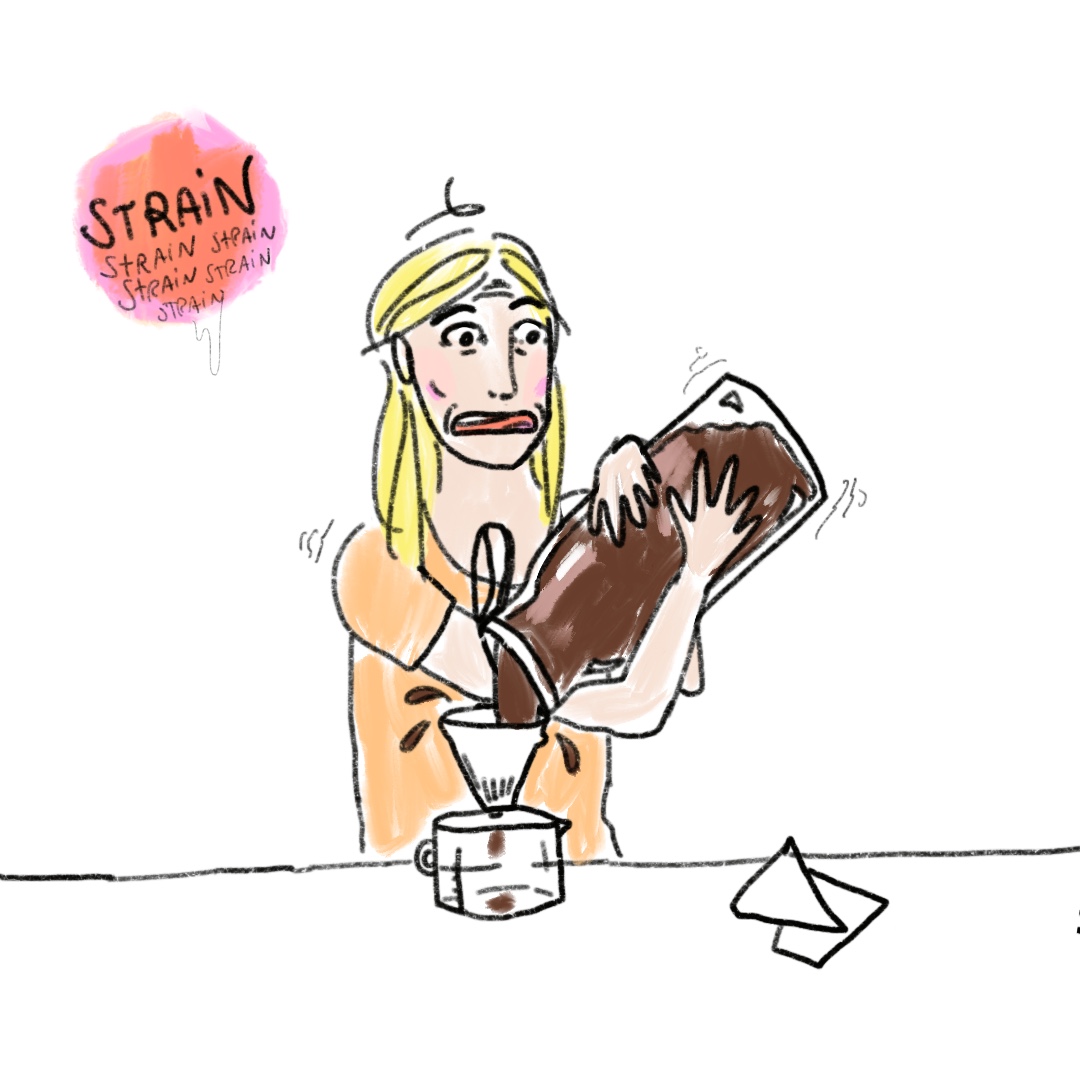 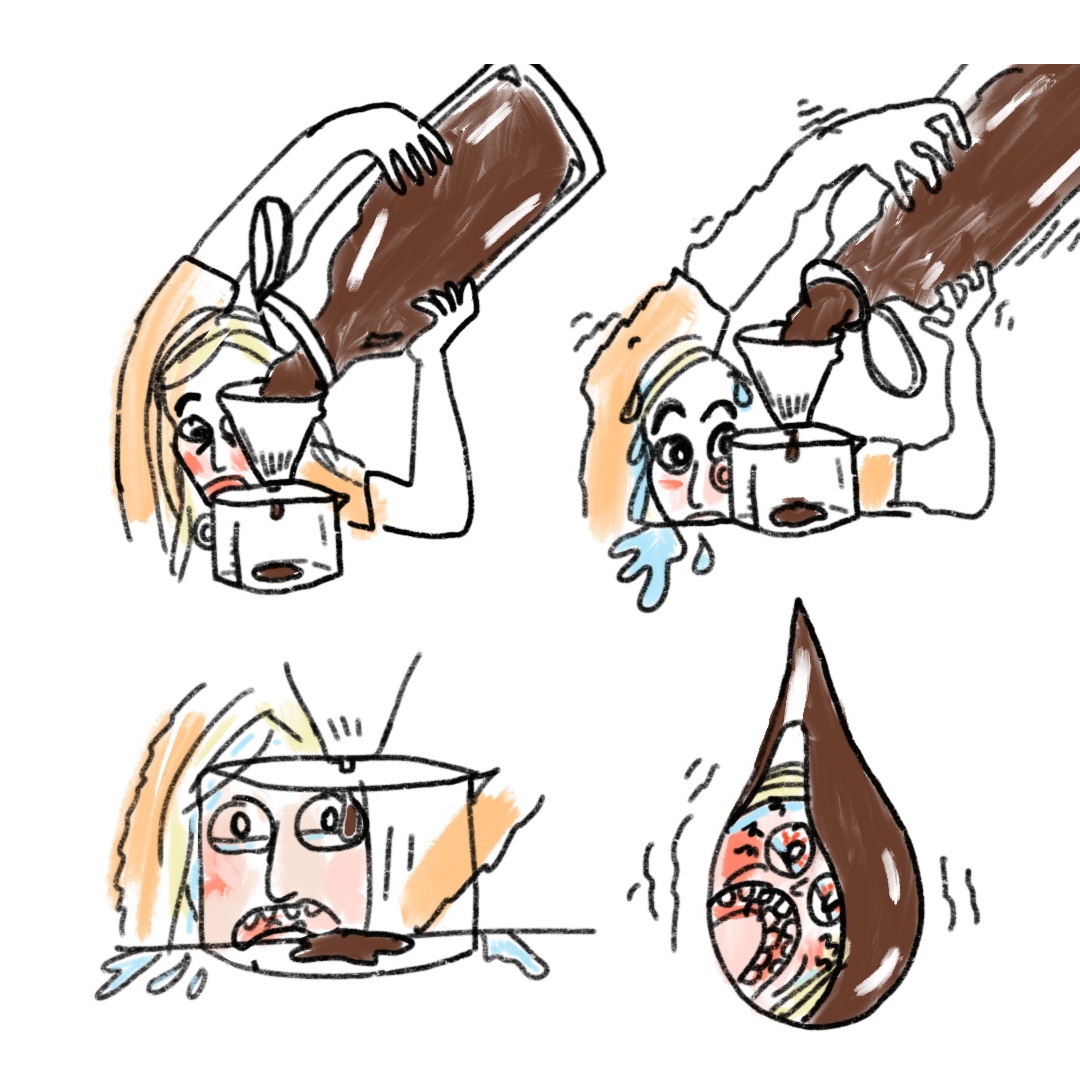 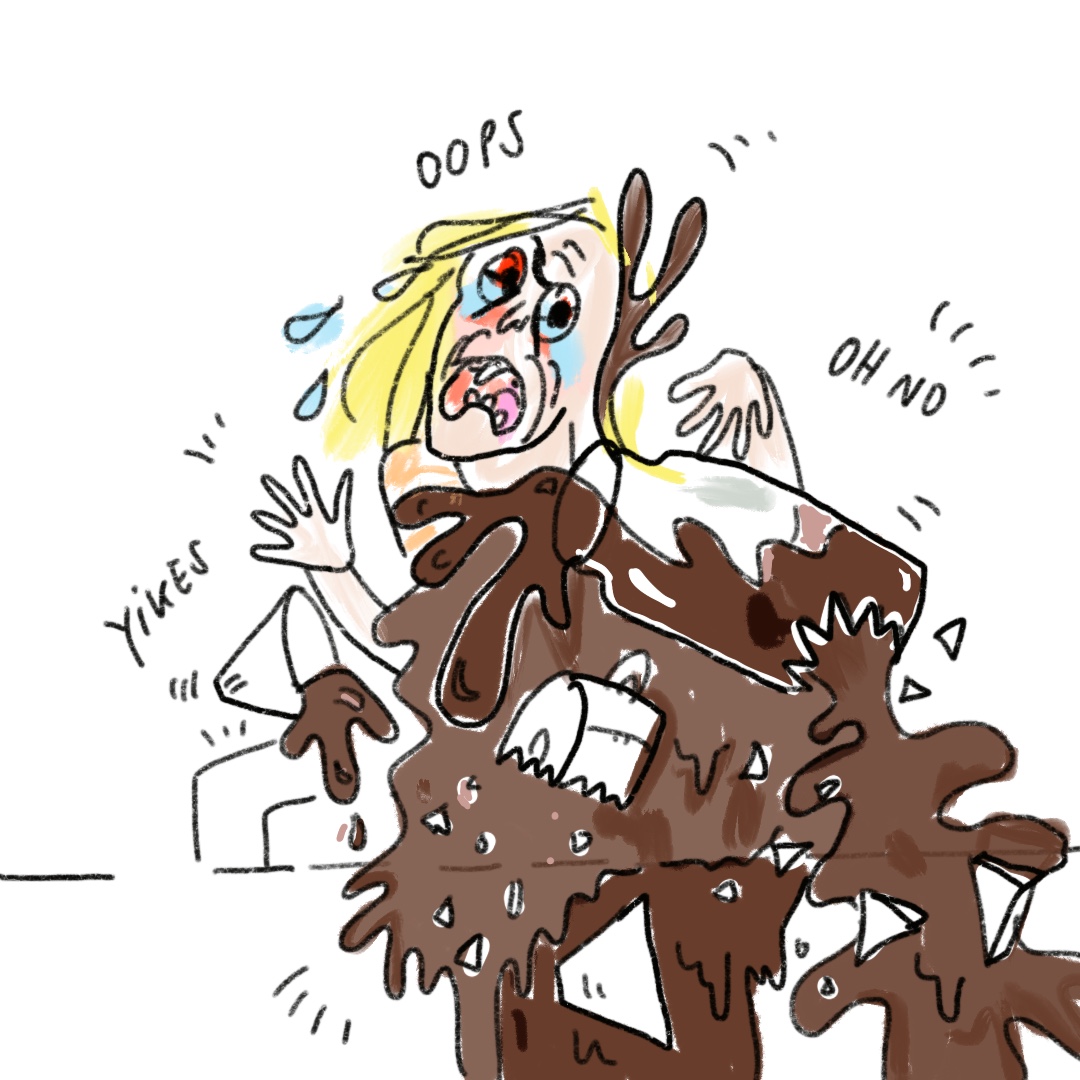 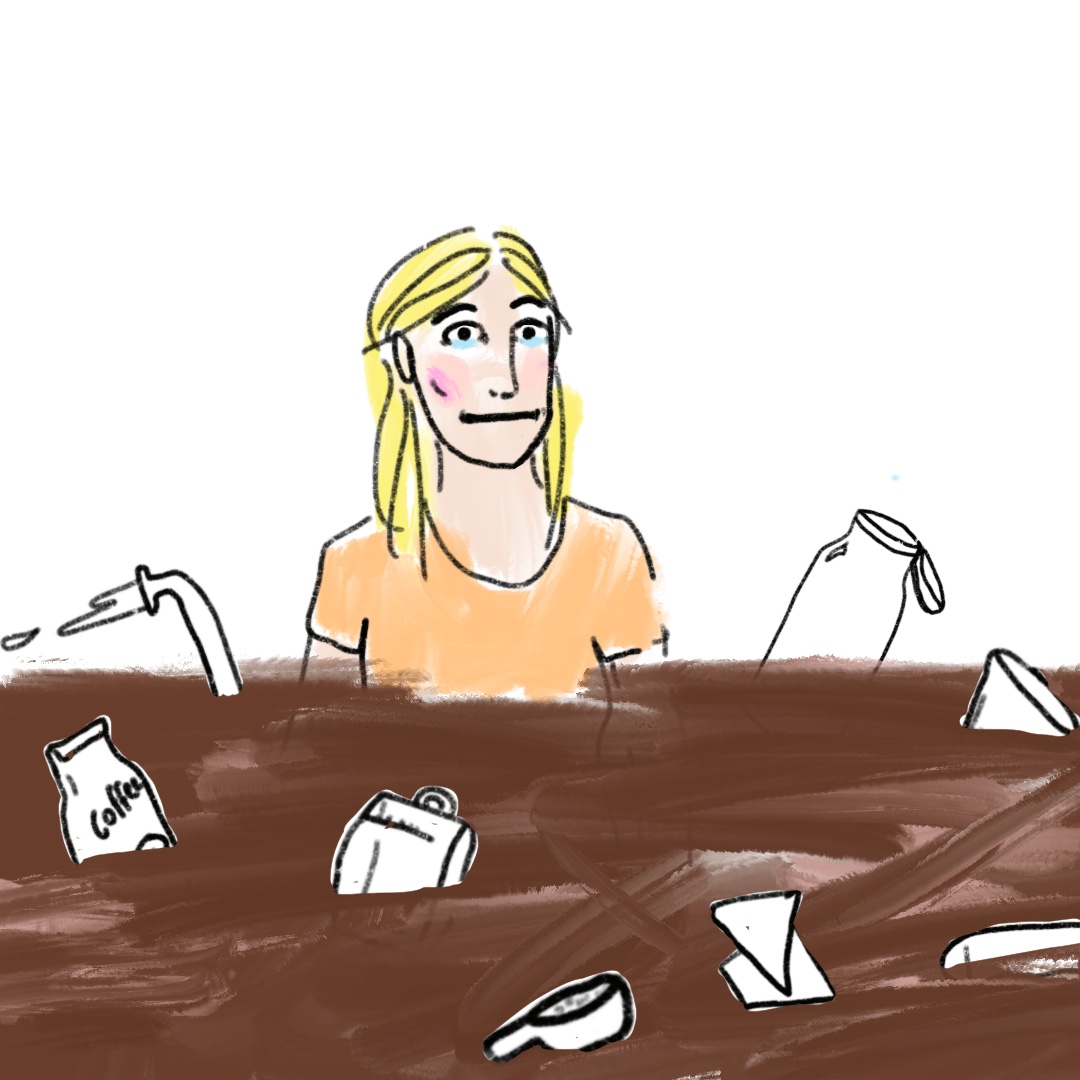 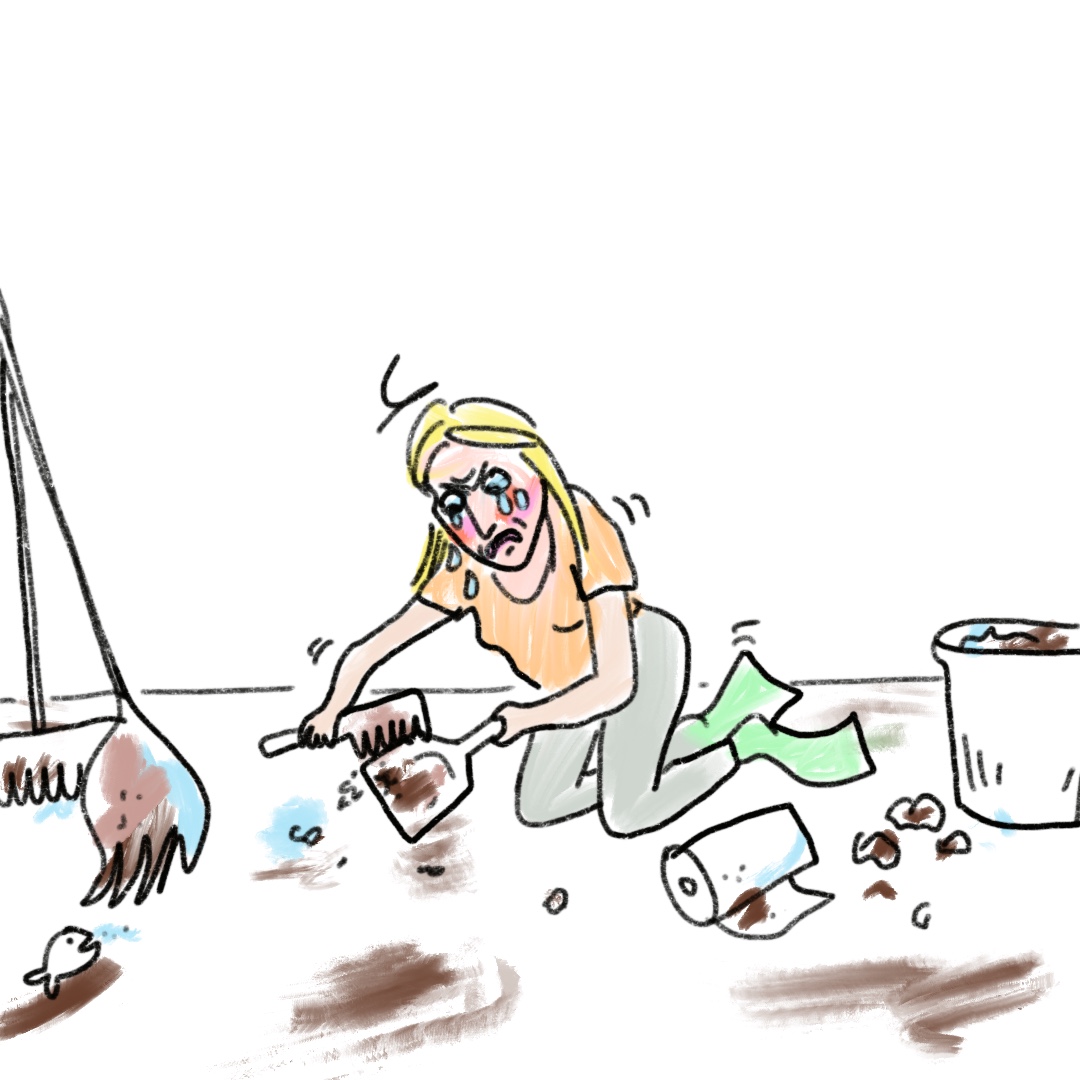 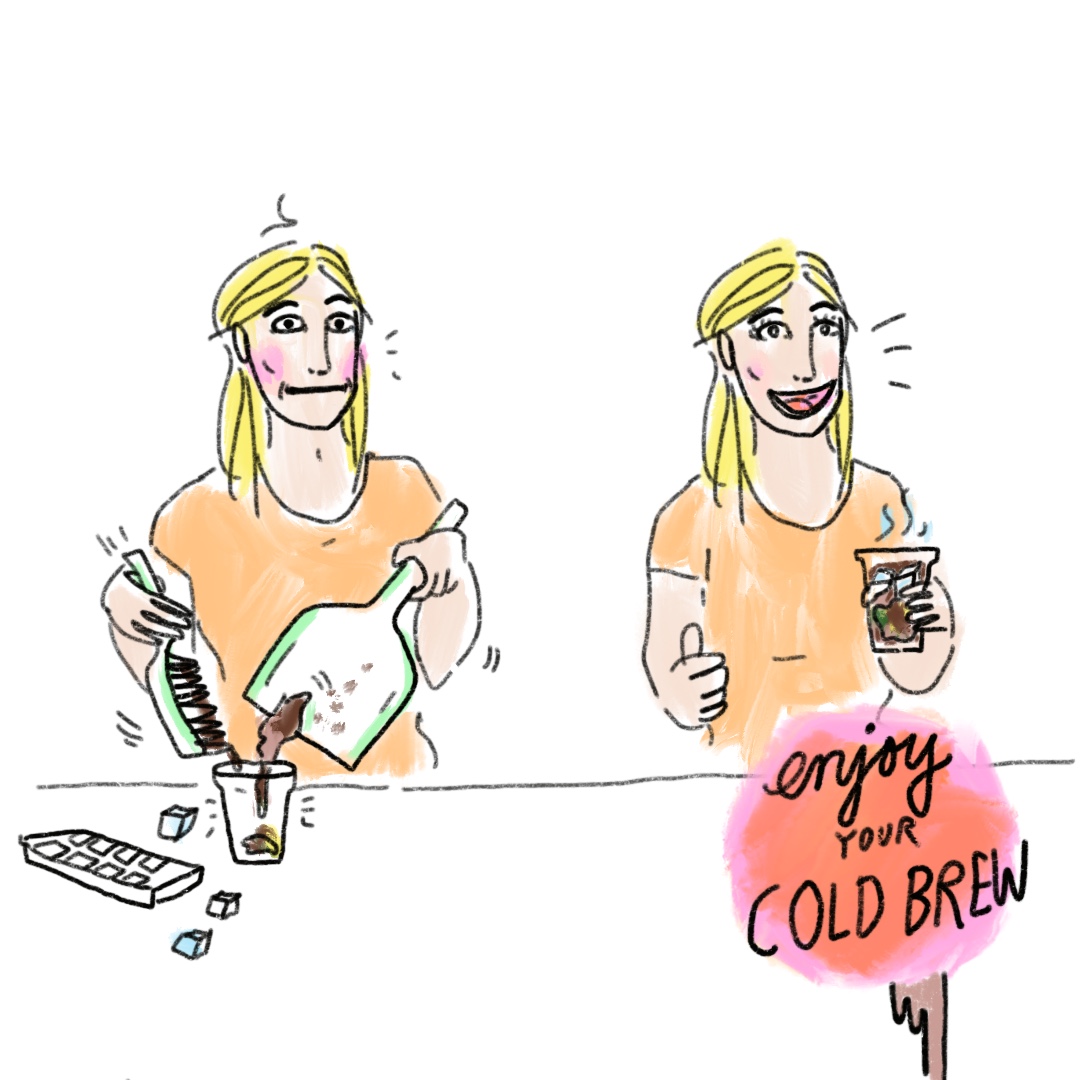 I refer to this first batch as the Cold Brew Disaster. From then on I never strained it as thoroughly ever again. I dump the coffee mix through a rough strainer, that’s it, and remind myself to stop drinking before I hit the viscous goo on the ground of my cup.

I drew this illustration with the app procreate. I can’t stress enough how much I love this app. I uploaded the time-lapse video of my drawing process here:

Cycling is cruel. And so are my new cartoons. Hope you enjoy them! Did I miss anything?
🚲 Mein Fahrrad steht übrigens seit nem Monat kaputt an einer Laterne in der Kopernikusstraße in Friedrichshain, falls es jemand reparieren möchte. 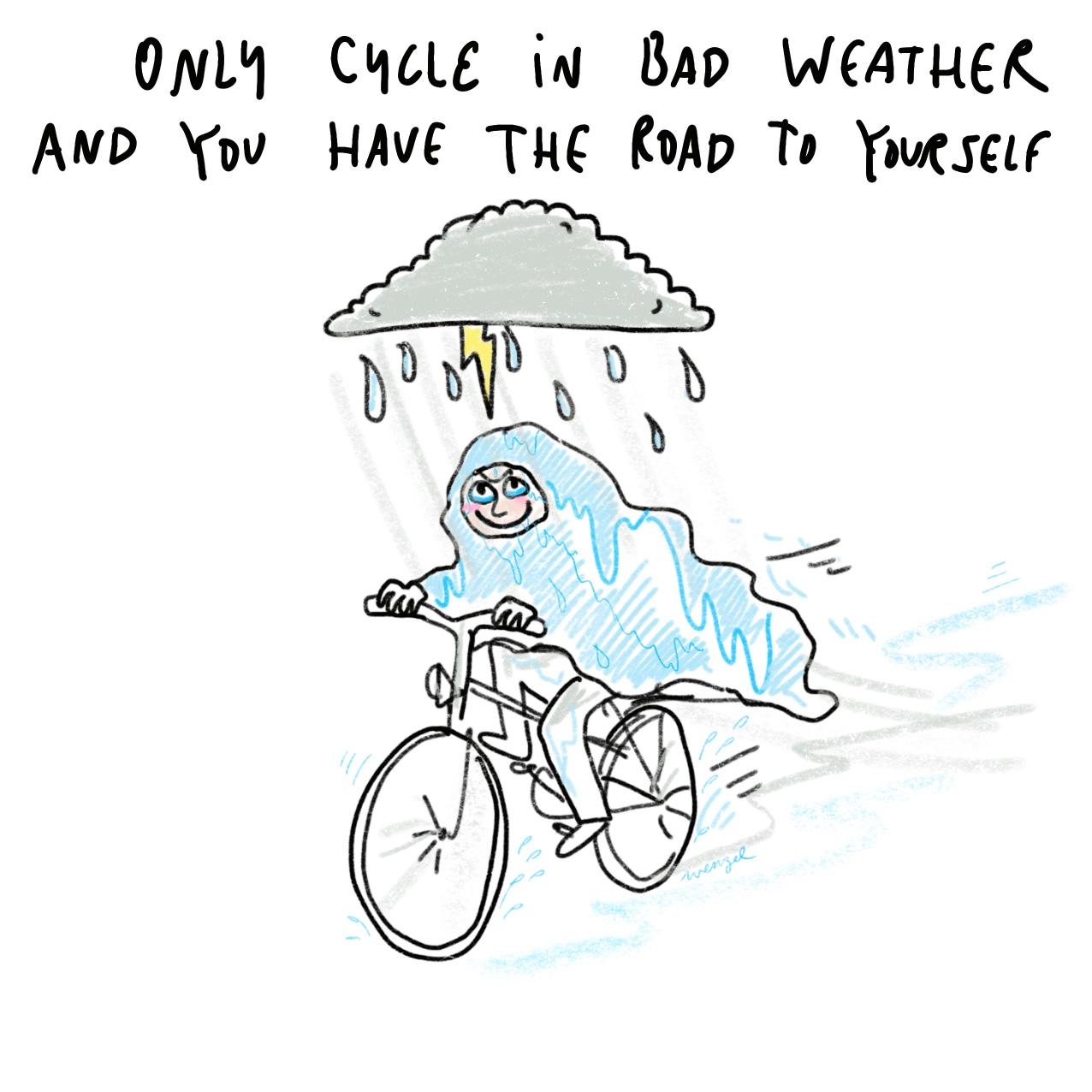 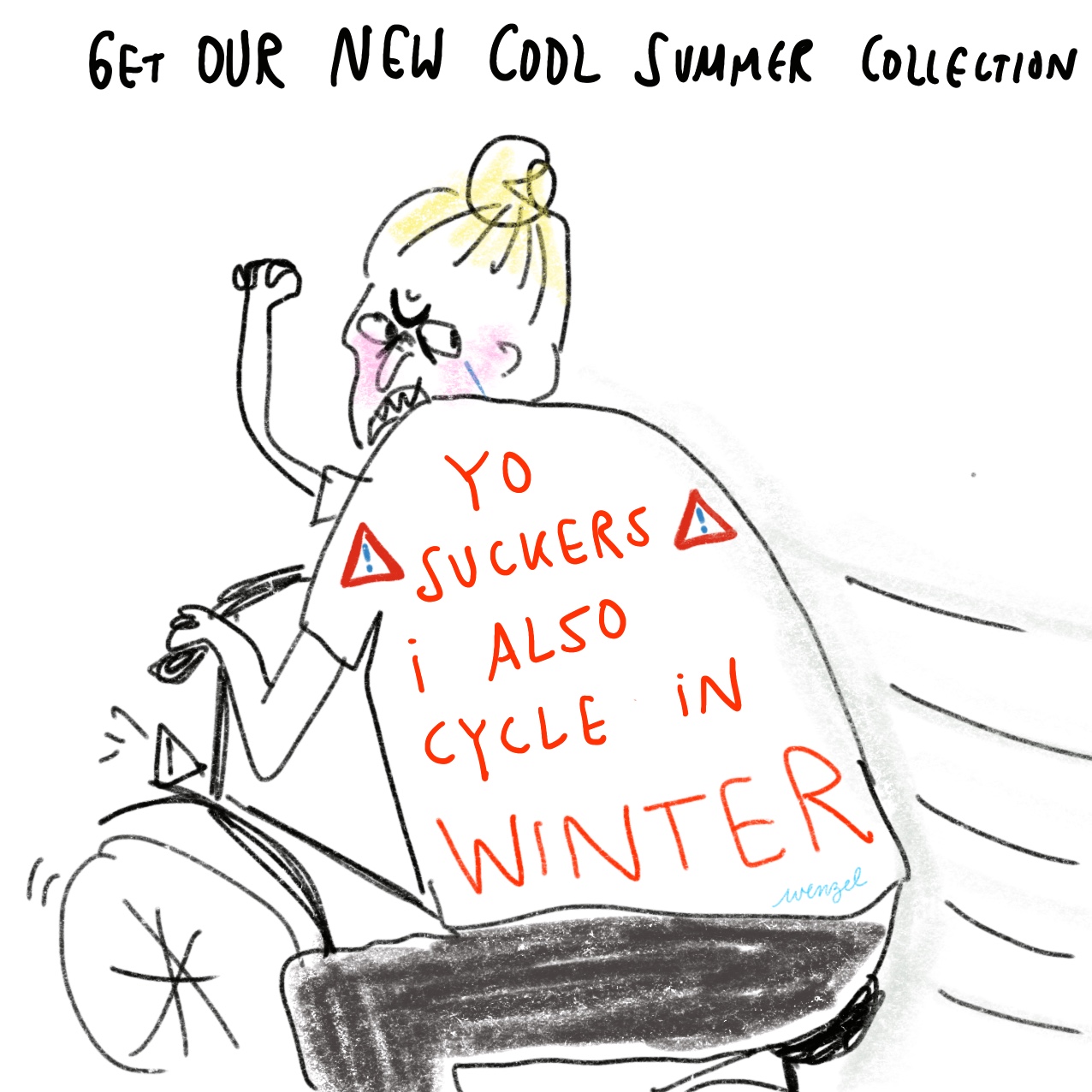 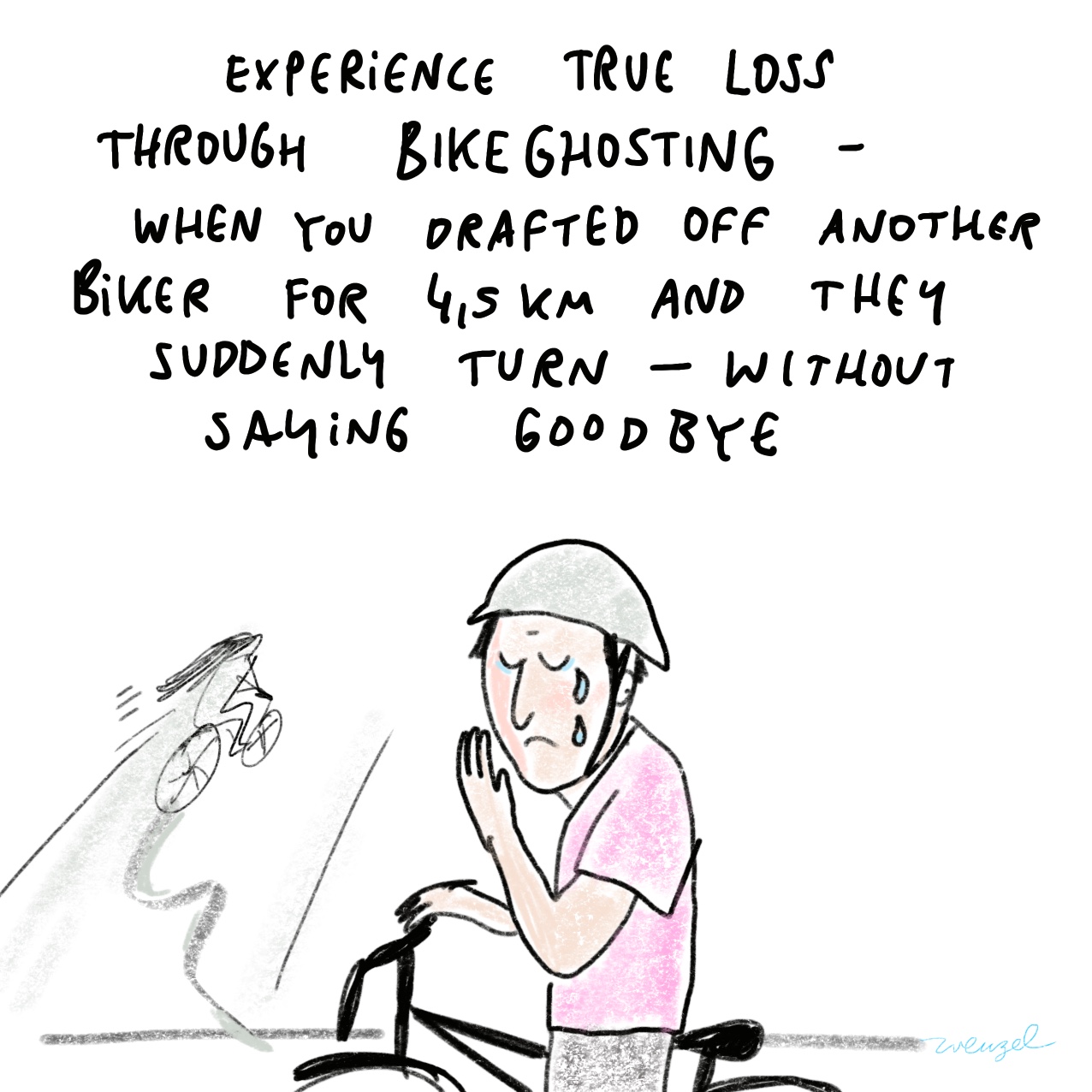 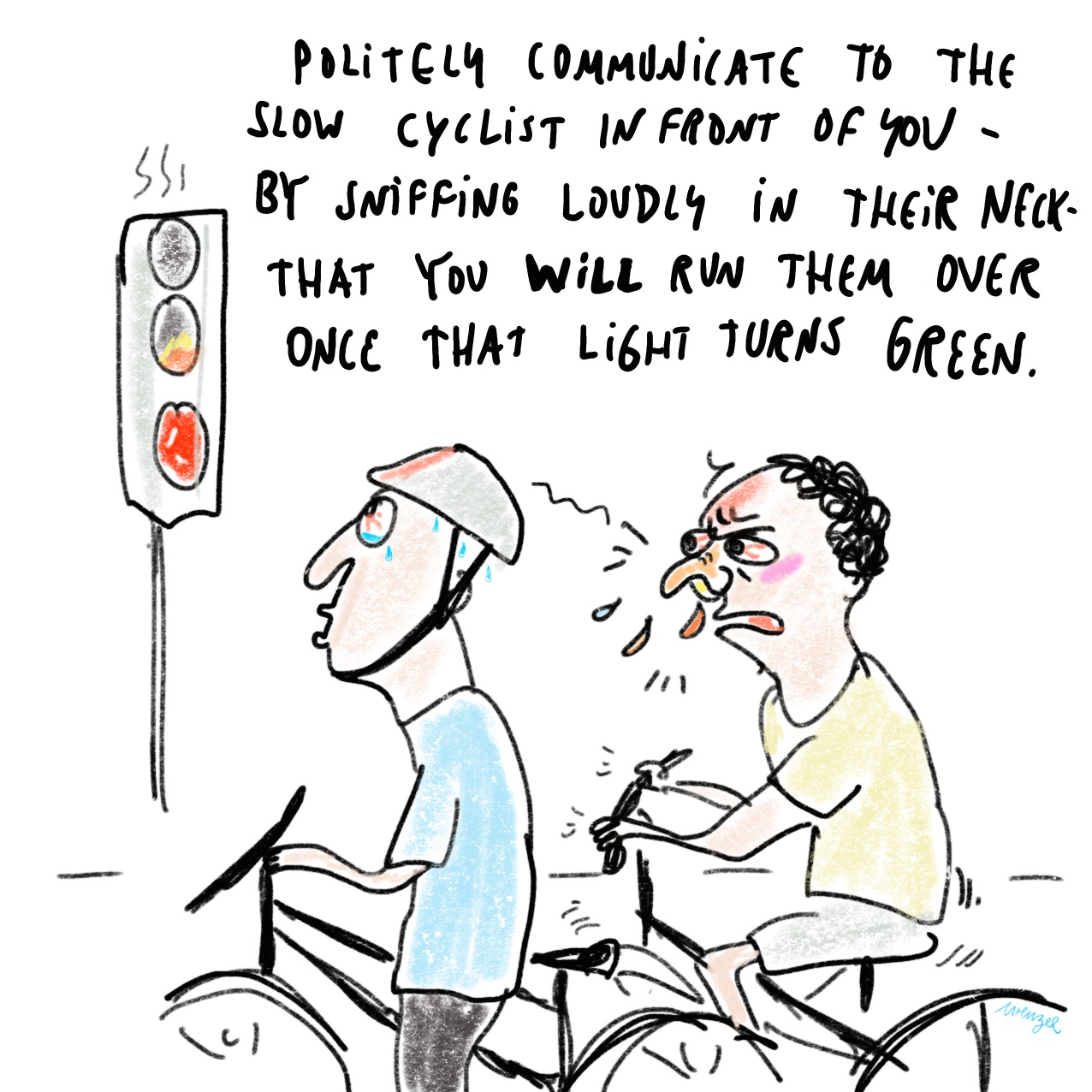 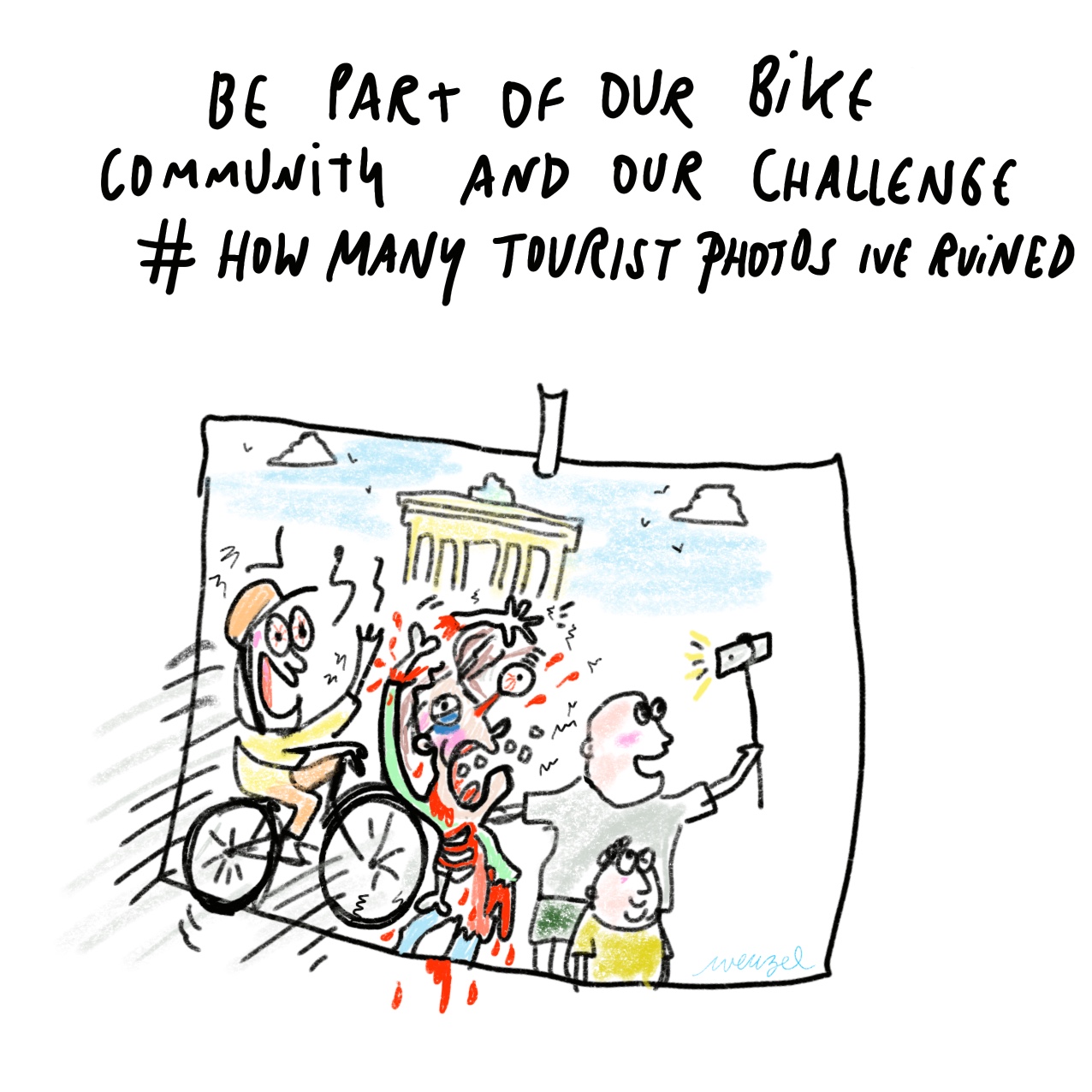 It’s almost funny: Comedians write comedy but all they read is hate. Though it’s a problem theoretically easy to solve: Don’t write hate comments. Don’t read hate comments. But the problem with online hate for comedians lies deeper, beyond the comedian’s ego.

This week, I performed at a comedy show that is streamed online on youtube. From previous experiences the comments are brutal, so I’ve heard. Especially, and this shouldn’t be a surprise, for female comedians. But: more comments, more clicks. Right before I went onstage, one colleague read to me out loud the mean comments people wrote during his performance just minutes before. I wondered why he did that.
Because I don’t care if someone presses thumbs down on my videos. I don’t care if some dude leaves an expert comment like „unfunny cunt“. If you don’t like me, you’re probably not my target audience. Case closed. For me.

What I do care about is that hate online propagates hate in real life. It radicalizes, moves boundaries of what’s considered acceptable, away from empathy to apathy. Simply put, words matter. They change how we think and thoughts change how we behave.

People who write hate comments live among us like normal people. They don’t wear an asshole badge on their forehead. We sit on the same bus, work together, we might have matched on Tinder. Somewhere some guy, who insults me online, might go on a date. If she’s lucky, he shows his hate as bluntly as online. Worst case, he slowly dribbles his misogyny on a women, who might not have a hard-boiled fuck off attitude like me. I cannot protect these women and that makes me sick. My only hope: if you meet someone who lets your asshole radar ping: run, block, repeat! You’re better off alone.

Comedians often say they’re dead inside. In fact, I still feel something: pity – for those who tragically think their poisonous opinion online matters. Who waste their time hating instead of looking for something they love. Or have you ever seen jazz enthusiasts heckle a rap concert? I want to hug them, give them the attention they so badly need. Face to face. I want to show them love, listen to them, talk to them about what they find funny. What scares them, what do they feel threatened by? I want to look them into their eyes while we talk about hate. Marina Abramovic style. Unfortunately, I don’t have time for all of them.
So I can only say: Do not indulge in hate, but dare to show love.